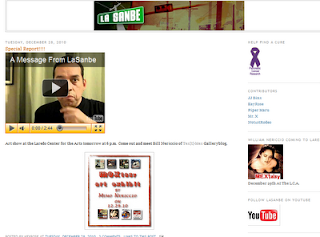 Thanks to LA SANBE for the love!
Posted by Memo Nericcio at 10:50 AM No comments:

Email ThisBlogThis!Share to TwitterShare to FacebookShare to Pinterest
Labels: mextasy 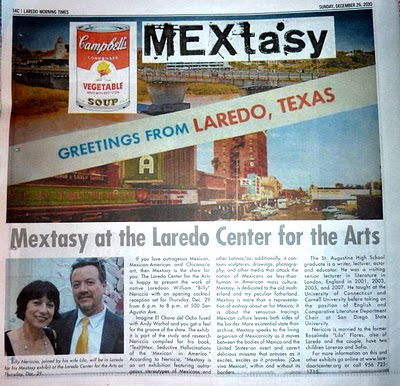 Posted by Memo Nericcio at 2:53 PM No comments: 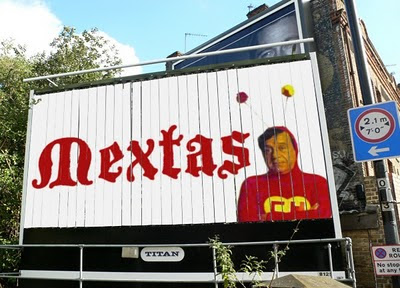 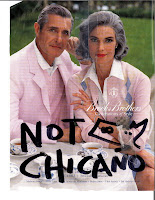 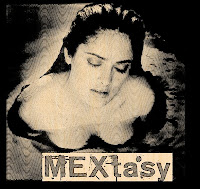 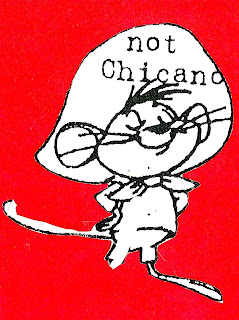 WN: I have been drawing since I was three--I made my own comic book with my sister before I was ten; after that, I was the political cartoonist for my high school newspaper (most infamous drawing? of Vice-Principal Shoup as a zeigheiling facsist for his punitive pedagogy--I was almost expelled and the nuns at St. Augustine tried to censor the paper).
LNR: What will you focus on in your lectures in Texas (I noticed two speaking engagements at libraries)?
WN: I will be focusing on my ongoing forensic work on American visual culture--so I will be dealing with the image of Mexico in the United States but also with our changing optics-obsessed culture in general--from Avatar in 3-D to the IPad, we are living through a watershed moment in textual reproduction where the turn to the visual (the semiotic) is accelerating at a mind-blowing pace. Next year, my new book appears with the University of Texas Press; it is entitled Eyegiene: Permutations of Subjectivity in the Televisual Age of Sex and Race--parts of my talks will be drawn from that work.

LNR: Is there anything else you'd like to add?

WN: I love visiting South Texas--it is like a return to my roots; and though Northern Mexico and South Texas are in cultural chaos right now, the fallout of the Narco Wars hitting this locale hard, I think its important to remind yourself of where you come from. You would think that Southern California and South Texas are the same, but they are like worlds apart. 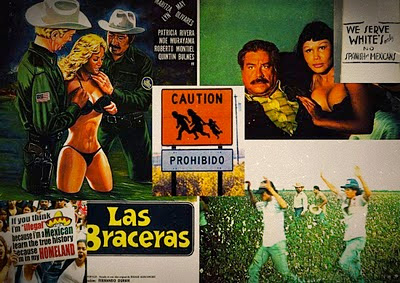 Posted by William A. Nericcio at 11:48 AM No comments: 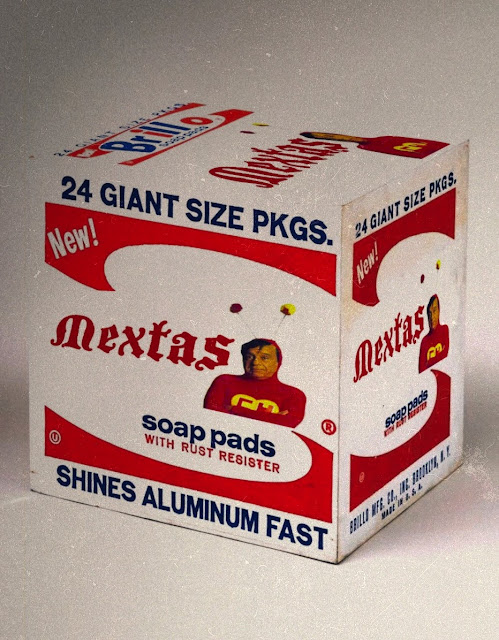 Posted by Memo Nericcio at 3:20 PM No comments: 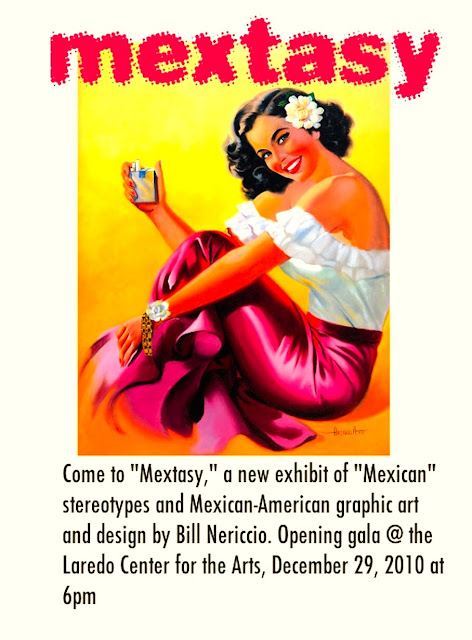 Direct LINK | Laredo Center for the Arts
Posted by Memo Nericcio at 10:55 AM No comments: 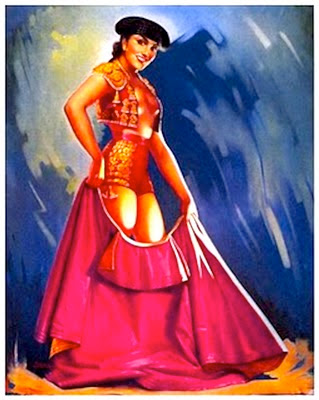 Cool Mextasy/TEXTmex Treasure Trove
Posted by Memo Nericcio at 11:27 AM No comments: 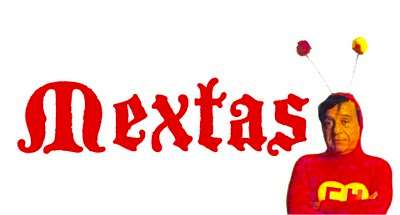 Posted by Memo Nericcio at 7:46 PM No comments: 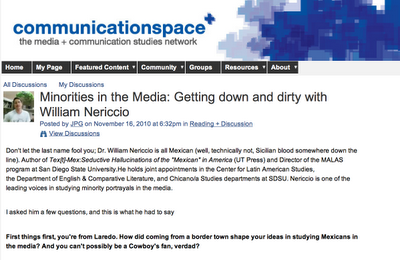 Posted by Memo Nericcio at 10:25 PM No comments:

Point and click your mouse here for more details!
Posted by Memo Nericcio at 9:26 PM No comments:

Email ThisBlogThis!Share to TwitterShare to FacebookShare to Pinterest
Labels: laredo, laredo center for the arts, mextasy 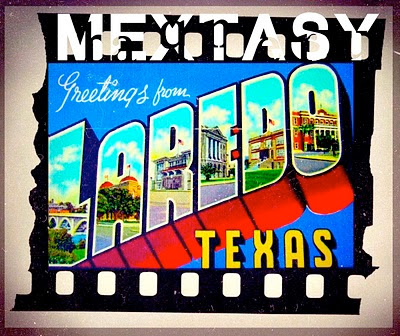 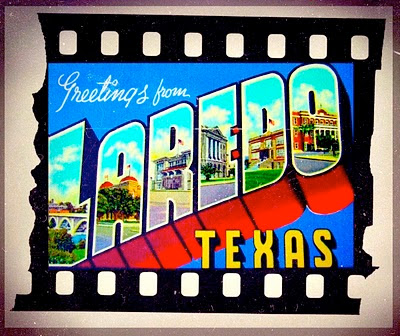 Posted by Memo Nericcio at 12:41 PM No comments:

Mextasy! Coming to Laredo, Texas } December 29, 2010 at the Laredo Center for the Arts

Posted by Memo Nericcio at 4:16 PM No comments: 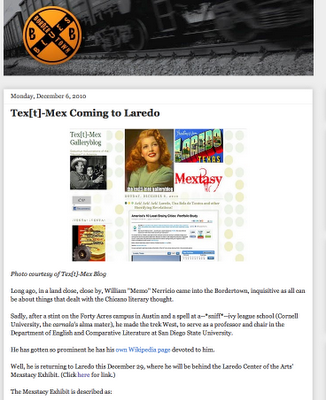 Posted by Memo Nericcio at 6:34 AM No comments: